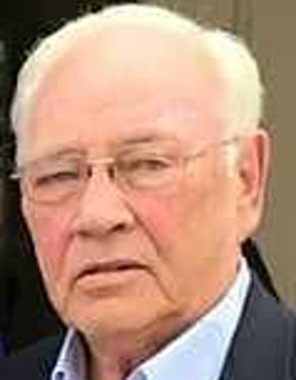 Back to Robert's story

Robert (Bob) George Frost, age 77, a native of Fort Worth who lived in Granbury during the past 10 years, passed away on January 26. He is survived by his wife, Susan Grimm Frost; son, Brian Frost; daughter, Stephanie Horne and husband, Greg; grandchildren, Michael, Caroline and Alex; son, Scott and wife, Tonya and
grandchildren, Zachary and Hope; brothers, Jerry Frost and Mark Moore.
He loved spending time with his wife of 44 years, Susan and his grandkids. Bob played baseball and football at Castleberry High School, and graduated from TCU. After college, he obtained his flight instructor's license and enjoyed flying. He worked as an investment adviser for 40 years. He enjoyed golf, and watching military war documentaries.
Published on January 31, 2020
To plant a tree in memory of Robert George Frost, please visit Tribute Store.

Plant a tree in memory
of Robert

A place to share condolences and memories.
The guestbook expires on April 30, 2020.

Jodi Barnes
Susan your in my thoughts and prayers!
View all