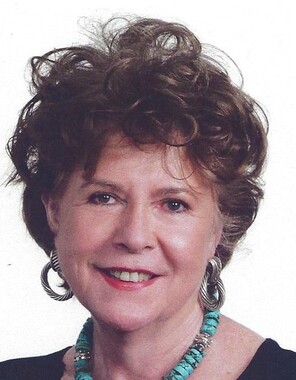 Back to Peggy's story

Peggy Nutt Pickens was born on July 27, 1941 in Tallahassee, Florida, grew up in Gainesville, Florida and succumbed to the effects of Alzheimer's disease in Granbury, Texas on January 25, 2020.

Peggy is survived by her husband, Lee; daughter, Lisa; step-daughter, Tama and her husband Marc Flake; step-son, Douglas; grandsons, Brian and Michael Flake and brothers, Larry and Terry Nutt. She was preceded in death by her parents, Leonard and Minnie Mae Nutt, and her sister, Patricia Vedder.

Peggy graduated from the business school at the University of Florida. She pursued a varied business career, starting out working for the business school at Southern Methodist University, recruiting graduates of liberal arts women's colleges for the graduate program at SMU. During this time she was an attendee at the first Conference of Women in Business at the White House. Subsequently, she worked for the Federal Reserve Bank of Dallas and held management positions at Owens-Illinois in Dallas, Texas Instruments in Stafford and as owner and president of Roller Beverage in Houston. She was also an active real estate investor and property manager for many years.

Peggy and her husband Lee were cruising boat enthusiasts and were members of Lakewood Yacht Club in Seabrook, Texas where Peggy was a past president of the Ladies Association and founder and first "Mosquitodore" of the Mosquito Fleet. They cruised extensively in the intra-coastal water ways and bays of the Gulf Coast from Texas to Florida. Peggy especially enjoyed participating annually in the Clear Lake Christmas Boat Lane Parade, the Lunar Rendezvous Princess Boat Parade and taking handicapped children and members of the Texas Aggie band cruising on Galveston Bay.

Peggy had an abiding interest in the advancement of women in business. She was also an ardent supporter of the Bay Area Turning Point, a women's shelter, helping to raise funds through charity events, served on the board and annual gala committees and was a former chair. She was among the year 2000 Men and Women of Heart honorees.

Memorial gifts may be made to the Bay Area Turning Point, 18207 Egret Bay Blvd, Houston, Texas 77058 or www.bayareaturningpoint.org.
Published on January 29, 2020
To plant a tree in memory of Peggy Nutt Pickens, please visit Tribute Store.

Plant a tree in memory
of Peggy

A place to share condolences and memories.
The guestbook expires on April 28, 2020.